People in general can be their own worst enemy and bodybuilders are no exception. We tend to be very aware of our flaws but do we do everything we can to address these flaws? Let’s examine that. 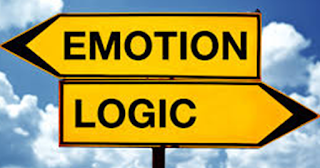 If I were to ask a bodybuilder what’s their weakest/lagging body part, they could name it immediately. If I were to ask a bodybuilder whether or not they have been eating on plan, they could answer that quickly too. If I conducted a poll among bodybuilders about what they struggle with the most during their competition prep, many reply that the mental piece is tougher than the physical piece. The physical piece of what to eat, how much & when as well as their training regiment is more ‘black or white’ in that it’s more clear cut; however, the mental piece holds a lot of grey.

Mentally preparing for a show has many challenges in the best of circumstances but add lower carbs & calories and feeling depleted into the mix and the ability to think clearly and rationally tends to decrease and we tend to gravitate towards ‘emotional logic’. The problem is that logic is usually missing from ‘emotional logic’, which can consist of listening to people who are not your coach (assuming they are knowledgeable & competent), following what other athletes are doing based on what you see on social media, comparing your current progress to others who post on social media, etc. Emotional logic focuses on where you’re not and being open to ‘doing whatever it takes’ to get the result you want. That desperation can lead to making choices that hinder more than help.

Now there is an element of logic in seeing what you need to do to improve. A lagging body part can be addressed with adjusting your training and likewise a diet can be adjusted based on your current macros and putting them in line with your goals. If you need help with either scenario, you can and should consult with your coach. Similarly, I recommend you work with a mental game coach to help you if you struggle with the mental aspects of prep. This can include but is not limited to doubting your prep, coach, and/or exercise/diet plan, doubting your progress and worrying that you won’t be ready on show day, fearing that you won’t be “good enough” especially if you know you’ll be competing against someone who has beaten you in the past or even just comparing yourself to the pics on social media, overtraining, training after an injury, difficulty dealing with distractions (e.g., relationship issues, Covid-19), overanalysing everything, fearing letting others down, and the list goes on.

Like preparing for a competition, mental prep does not begin during peak week. It’s a process in that it takes time to learn how to exercise the mind properly. To get what you’ve always gotten, keep doing what you’re doing. If you want to improve your mental game, work with someone who has expertise in this area to guide you on proven strategies to elevate your performance and results.