The Difference Between Success & Failure 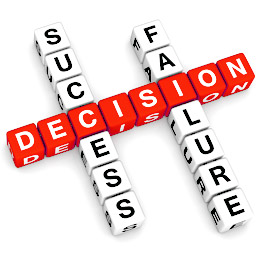 The difference between success and failure isn’t as simple as trying versus not trying.

The difference is not one thing. It’s in everything.

To be successful at something is to have a desire to do it. To be relentless in the pursuit of your goals and dreams.

What are you willing to sacrifice? Do you initially say ‘anything’ yet when challenged respond with ‘it’s too hard’?

With success, you push through the challenging times. You do it despite the difficulty. It may take longer but you persevere!

One of the differences between success and failure lies in executing on the little details. Are you willing to go the extra mile? Take that extra step? Realign your priorities? Create and set boundaries for yourself and others? That extra step is doing whatever it takes to get to your goal or target.

Not everyone is willing or able to sacrifice. Are you?

The difference lies in your response to failure. Most give up. Will you? Will you ‘cave in’?

Success is what comes after you have survived all of your failures.

You will have bad days. We all do but you have to fight through the bad days so that you can earn the best days of your life.

Success is what happens when you stick it out, grind it out, and show the character of a warrior, a winner, a champion.

The difference lies in your attitude. Many people are just robots just trying to get through the day.

It doesn’t matter what you do as long as you do it to the best of your ability.

To succeed is to want it more than others want it. You desire specific achievements. You’re willing to take risks and to make sacrifices for a dream only you can see.

Many will hesitate, debate, stumble and fall but not you. You’re all in. You’re committed.

The greatest risk in life is not taking any risks.

Michael Jordan has been quoted as saying, “You miss 100% of the shots you don't take.”

No risk? No reward. Nothing to learn and benefit from.

And therein lies the difference.

The difference between success and failure is in your persistence.

Every step forward gets you one step closer to your goal or dream, your potential for greatness.

Can you see it?

Many will say your dream is impossible … that is until you accomplish it.

Get the job done. Be consistent. Be relentless. See it. Believe it. Follow the plan.

The difference between success and failure isn’t one thing.